Moses led the Jewish people to freedom. Mary gave birth to Jesus in hiding and in the Islamic tradition, the people ridiculed her as she came back to the city with this new baby in her arms and no father. The Prophet Muhammad stayed in Mecca for as long as he could and it was only after numerous attempts on his life and in the midst of an oppressive force that wished to eradicate the Muslims from the earth that he finally migrated to Medina.

Rejecting the most vulnerable humans among us is an affront to prophets. Embracing refugees is a core “Abrahamic value”.

Moving to a new country, forcibly or voluntarily, is a life-changing experience that comes with different challenges from integration to isolation. A recent report published by the United Nations High Commissioner for Refugees (UNHCR) claims that an unprecedented 68.5 million people around the world have been forced from home. Among them are nearly 25.4 million refugees, over half of whom are under the age of 18. There are also an estimated 10 million stateless people who have been denied a nationality and access to basic rights such as education, healthcare, employment and freedom of movement. In a world where nearly 1 person is forcibly displaced every two seconds as a result of conflict or persecution. There are more than a million asylum seekers in South Africa, and that the country is home to the highest number of unresolved asylum cases in the world. The refugees are constantly worried about their daily survival. Issues of subsistence, shelter, protection against crime and eviction, and the ongoing threat of xenophobia, weigh heavily on their minds.

Purpose of the Event

We would like to hear from representatives of Abrahamic Religions about the approach of the religions to the asylum and stories of prophets as refugees; 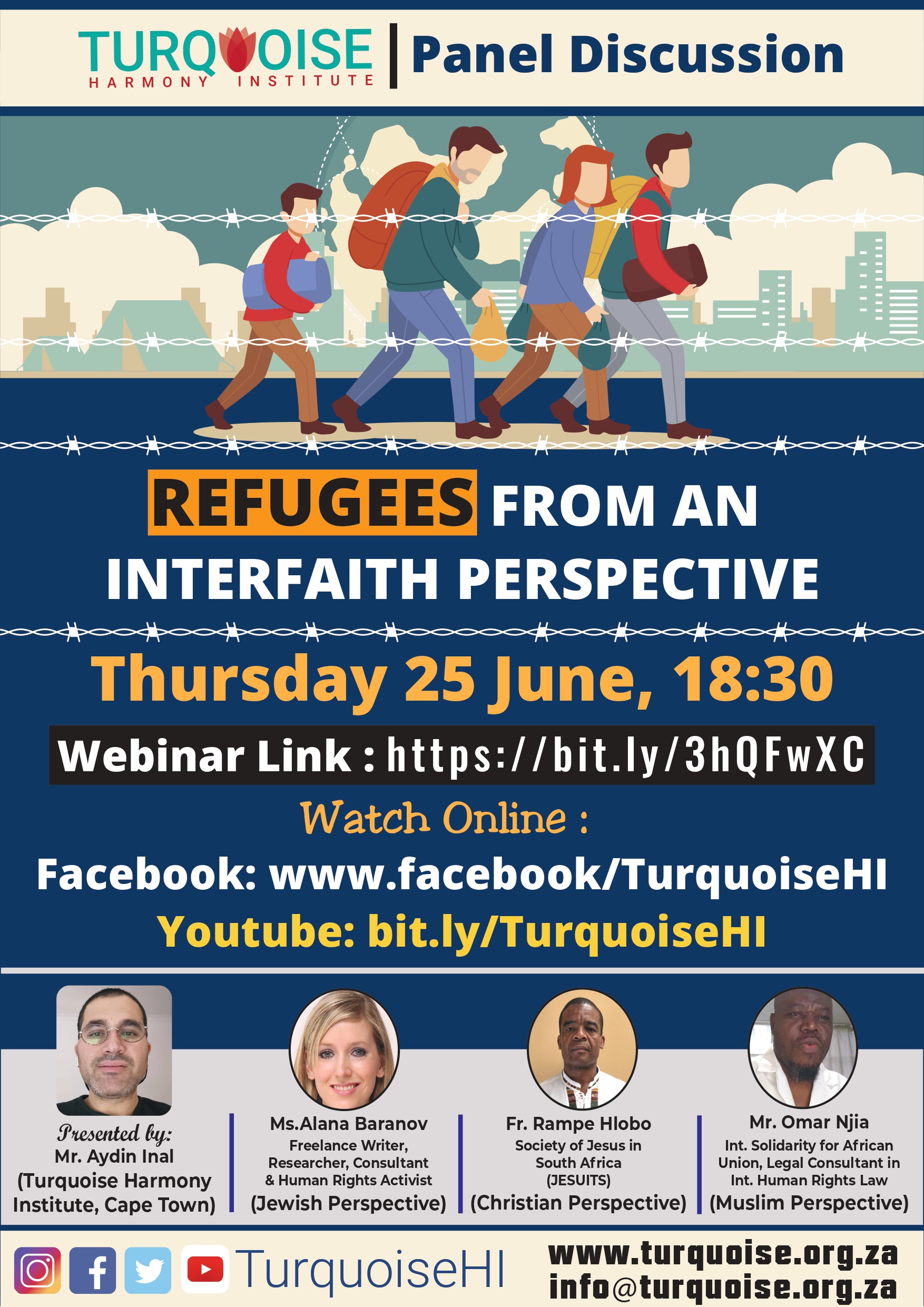