Religion is frequently cited as a cause of violent conflicts, yet dialogue between faith communities often reveals that religion is not a primary source of tension but can be a force for peace building. Moreover faith-based approaches to peace-making can be valuable in promoting understanding and reconciliation. So, the purpose of interfaith series is to take a step towards a cooperative, constructive, and positive interaction between people of different religious traditions at both the individual and institutional levels. Hence we can promote multi dimentional understanding in this multi-cultural and multi-religious plural society that we live in.

Interfaith series also seeks to realize religion’s focus on unity and cooperation, and the universality of belief. Religious communities should embrace all beliefs and races in brotherhood, and exalt love, respect, tolerance, forgiveness, mercy, human dignity, peace, brotherhood, and freedom.

By interfaith series, furthermore, THI aims to bring the people of different religious faiths together for conversations. These conversations will take place in various forms and formats attempting to achieve a range of goals. The target audience will not necessarily be limited to religious communities but all social, racial and religious backgrounds will be invited to join.

The topic for this session of interfaith series is “Women in different faiths as change makers”. One aim is the focus on women’s role in their respective religions. Women have always played influential role in every aspect of social life. Their role in the growth of religions should be noted despite not being recognized sufficiently and justly.

We would like to bring women in various religious traditions to discuss their work, dedication and contribution to religious and social life. We also would like to look at their role as change makers and how they are able to influence change as well as the challenges they are experiencing. The speakers are invited to choose a woman int heri religions traditions and/or speak from personal perspectives on their lived experiences. We would kie the discussion to focus on practical cases and less of a theological discussion. 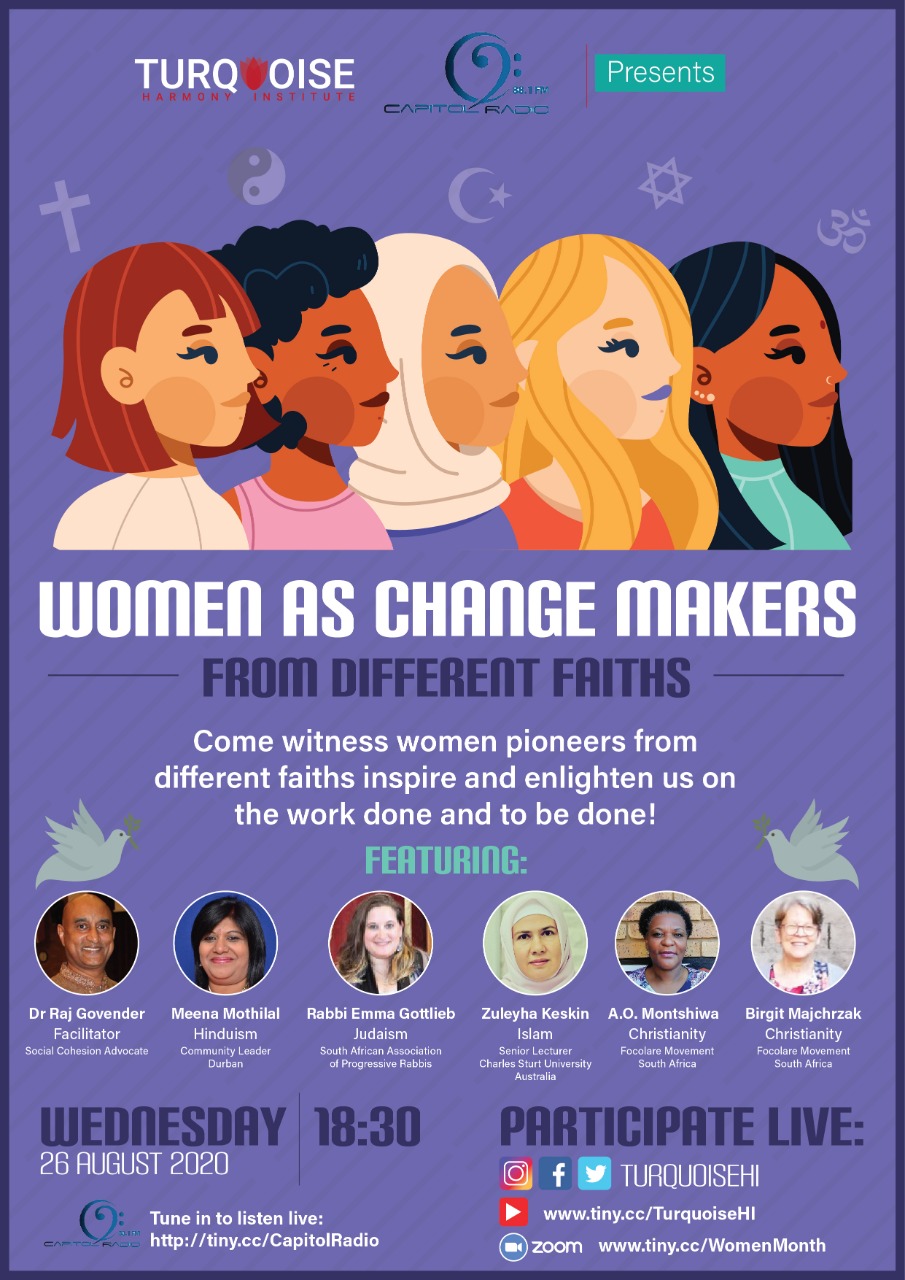