As we will celebrate World Refugee Day on 20th of June, the number of people forcibly displaced due to conflict and human rights violations has reached its highest peak since Second World War. According to UNHCR, developing countries  hosted 86 percent of the world’s refugees. In these countries, host populations are often experiencing a level of poverty comparable to those seeking asylum on their territory. In a context of scarce resources and high vulnerability, it is easy to see how the inflow of a displaced population could increase tensions within the community, as we have been experiencing in South Africa. Hosting refugees puts additional burdens on already limited resources which may be a potential source of tension between hosts and refugees.

The social impact of hosting displaced populations on developing country local communities has received relatively little attention. The social impact in particular has been overlooked in favor of economic effects, despite the fact that social cohesion is a fundamental element of a peaceful and inclusive society.

Furthermore, the sustainable integration of refugees in host societies, with the minimum goal of a peaceful coexistence, requires promoting social cohesion – the ‘glue’ that holds societies together – and inclusive development strategies that should also extend to marginalized local population groups.

Purpose of the event

We would like to hear from individuals and institutions who have been working with forcibly displaced populations and local authorities about what are the actual and potential challenges and opportunities – from refugee and host community perspective- for creating socially cohesive communities. We also would like to discuss about the mutual responsibilities of host (South Africans) and refugee communities to foster social cohesion.

We will be looking for answers for the following questions: 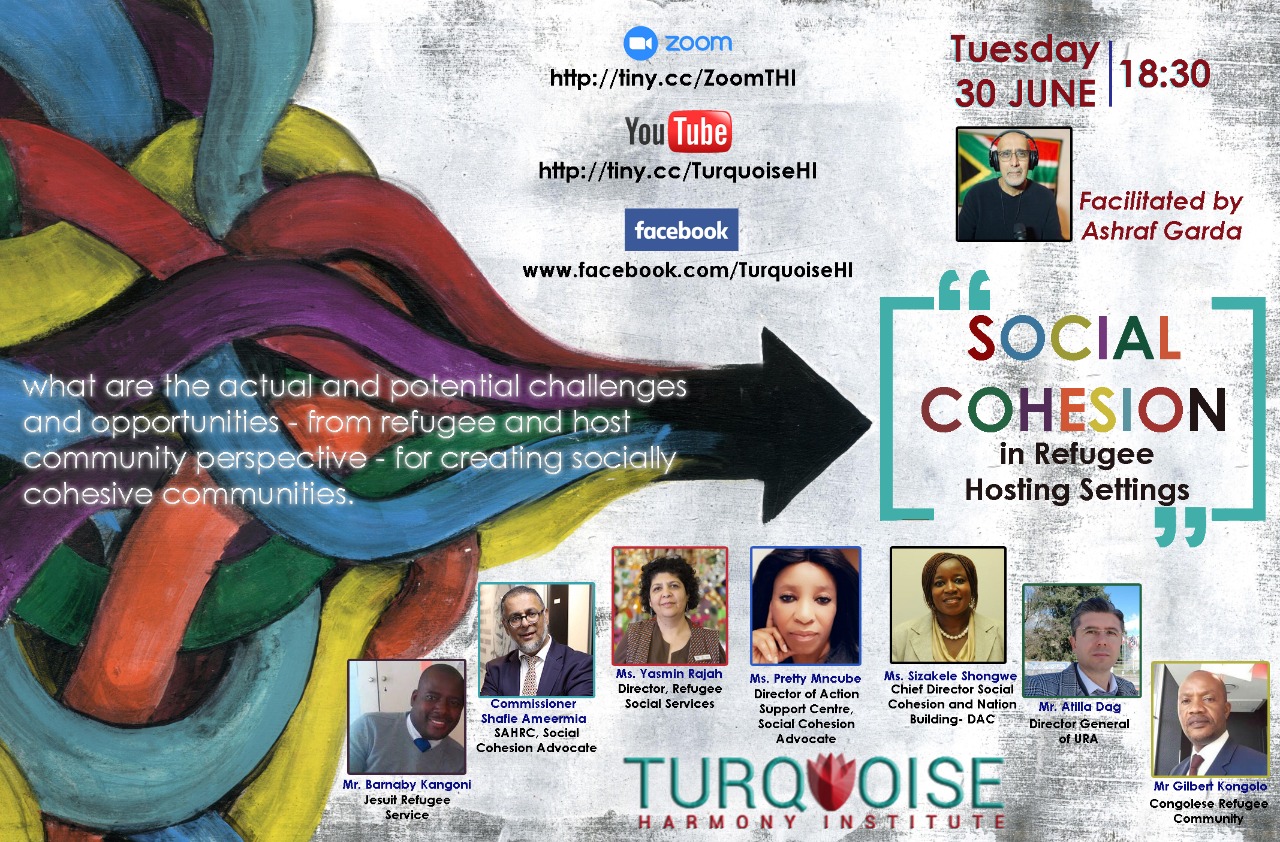